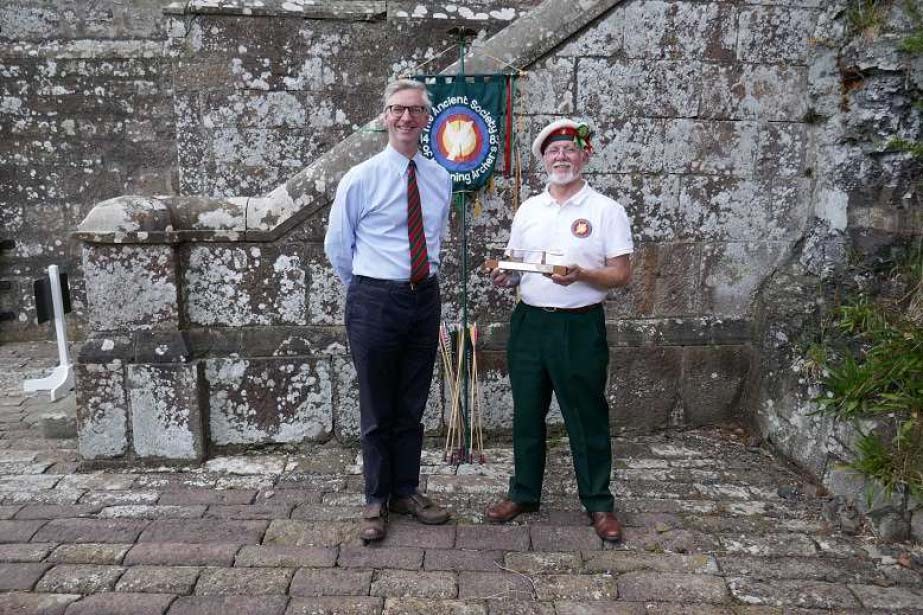 Drummond Castle Papingo was held on a wonderfully warm and sunny day on Saturday 23rd June. The pole was hit several times but only a strike on the ‘Doo’ counts although it does show that people were coming very close. The new rules were being applied this year i.e. we were counting the number of hits rather than just the first to hit it. However there were only two hits on the ‘Doo’ with Brian Boyd winning the Drummond Castle Arrow as the first to hit it with Jim Bilby coming second on the only other hit of the day.

Click on the link below to view the full report.